Nilda and her two-year-old son Keyden fled extreme violence in Honduras only to be separated and detained in the United States. They survived family separation, but now are among more than one million applying for asylum or other legal relief, struggling to survive while they wait.

Watch "I Found You / Nilda's Story"

Immigrants are released in America with no money, housing, food, or clothing, and often without legal or other support services. Donate to the "While They Wait" Fund to help pay for necessities, cover immigration fees, and secure legal services for those who risked everything to be here while they wait to find out if they can stay.

Immigrants facing deportation are not guaranteed the assistance of an attorney. Without a lawyer to help navigate the complex legal landscape, people like Nilda and Keyden are often unjustly deported. It is time for a change. Join the movement to demand a universal right to counsel in immigration proceedings. 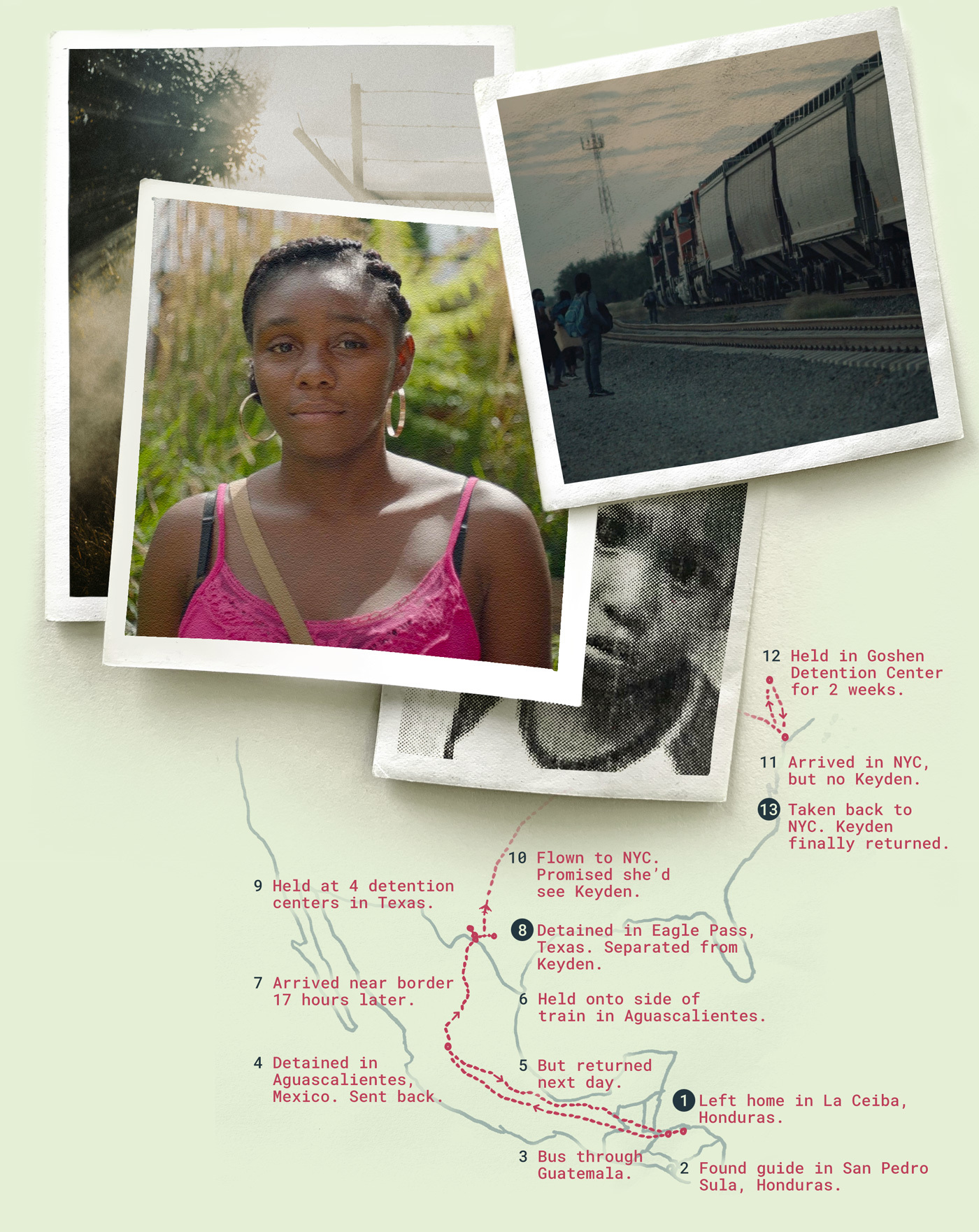 Nilda and her 2-year-old son, Keyden, were forced to flee their home, friends and family in Honduras. Nilda looked to the United States for safety and asylum from domestic abuse and gang violence. Then, she was detained on the border and separated from Keyden. She thought she’d never see him again.

Thousands of miles, five detention centers, and two months later, Keyden was finally returned to his mother, but their struggle for survival continues in America, as they begin to rebuild their lives.

Nilda is far from alone

She is one of over a million people living in the U.S. with open immigration cases, over 300,000 of whom are seeking asylum. Nilda, like so many others, cannot afford housing, food, clothing, and other basic necessities. Nilda must wear an ankle monitor. Nilda has a legal claim to asylum and is fortunate to have a lawyer, but most people do not have a lawyer to navigate the confusing legal maze ahead.

The "While They Wait" Fund

The "While They Wait" Fund coordinated by Brooklyn Defender Services and RAICES allows immigrants seeking asylum and other legal status to achieve self-sufficiency during their long, uncertain, and costly wait to see if they will be allowed to stay in the United States. Your support will help pay for necessities and fees like employment authorization applications, while enhancing access to legal services.

parents with their children in the United States have ongoing immigration cases. (As of April 2017, before increases under Trump. Source: Syracuse University TRAC)

is the average time that immigrants have to wait for an immigration case to end. (Source: Syracuse University TRAC)

is the cost to apply for work authorization while waiting. (Source: USCIS)

Individuals seeking asylum and other forms of legal status are often unable to afford basic necessities. They are prohibited from working without expensive and delayed work authorizations. They are not guaranteed the assistance of an attorney or other support services and are often forced to navigate the legal process alone.

Living in America, but unable afford to pay for housing, food, clothing, and other basic necessities.

Free, but unable to afford immigration fees like the cost to apply for work authorization.

Eligible for legal status, but no right to counsel to help navigate the confusing legal maze ahead.

During the nearly two years it takes, on average, for a case in immigration court to wind its way through the system, people do not have resources for food, clothing, housing, transportation, and other bare necessities. Once basic needs are met, individuals are able to become self-sustaining.

Immigrants are released from immigration detention with little to no assistance or direction to help them survive the weeks, months, and years ahead of them while they wait for their case to resolve. It is expensive to make ends meet.

Take one of the 37,218 people with pending immigration cases currently released in Texas, for example: 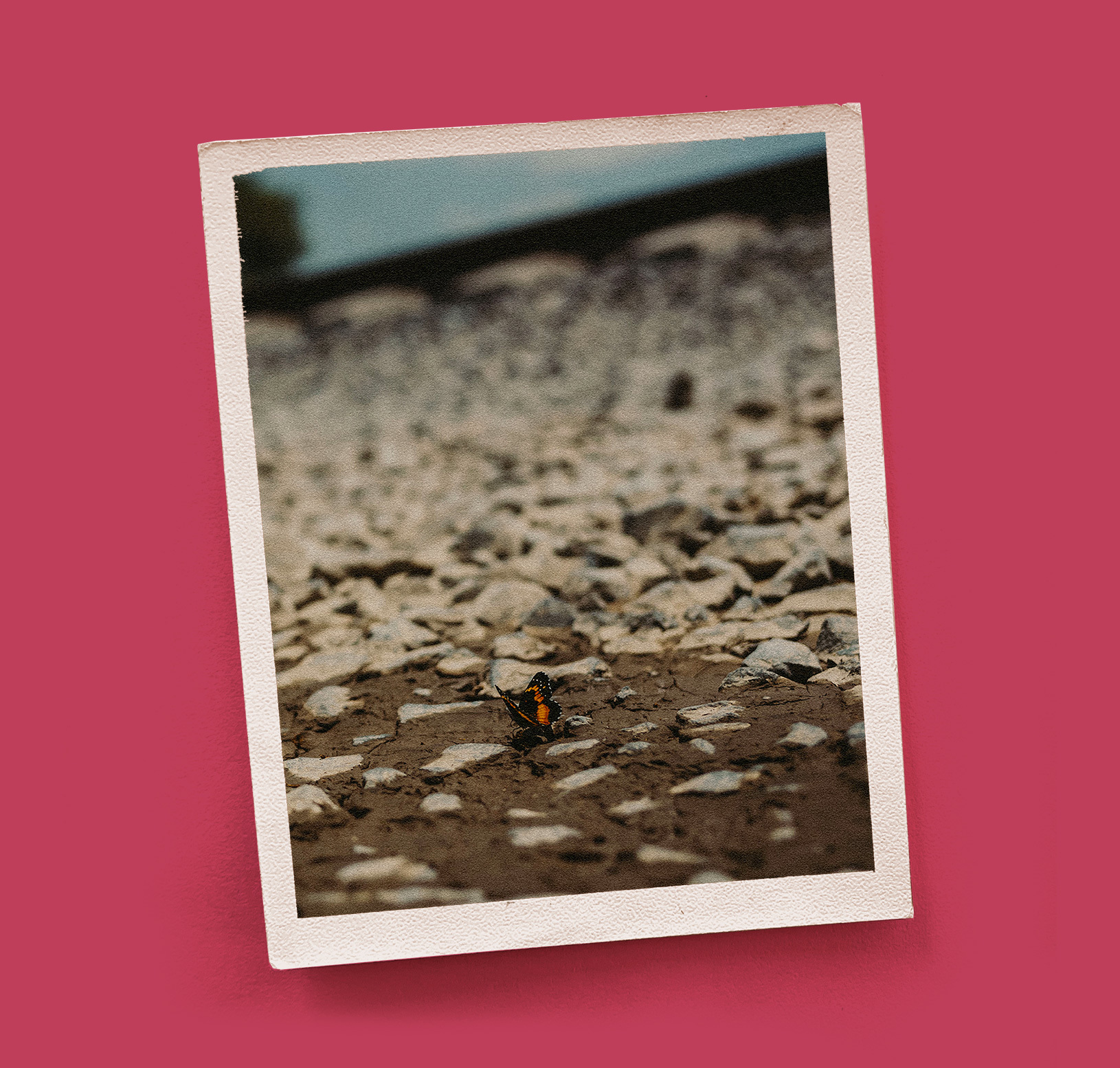 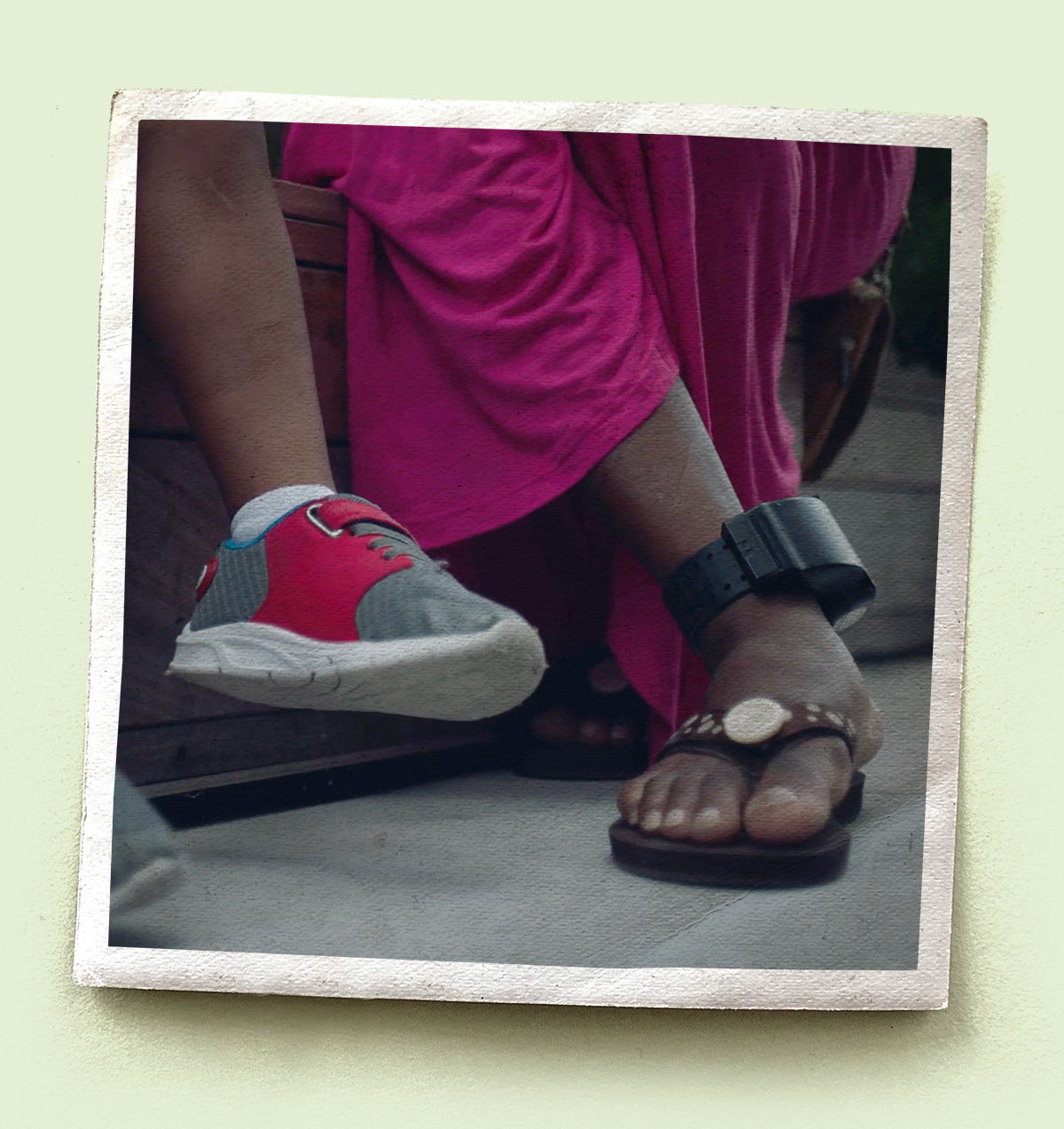 Priced Out of Legal Status

Applying for legal status is expensive. Most people, who have recently arrived, cannot afford to pay the application fees. Yet they are not allowed to work without official authorization, which is costly and takes approximately 6 months to get. Recent refugees are forced to wear ankle monitors, which often come with rental fees.

The ability to gain legal status in the United States should not depend on wealth. Yet given the following standard costs, it all-too-often does.

In Need of Legal Representation

People need help navigating the intricacies of immigration procedures, yet they have no right to a lawyer. Only 37% of immigrants have access to counsel. In proceedings involving parents with children, only 26% have an attorney. But representation makes all the difference. For example, without counsel, only 1.6% of women and their children prevail on their asylum cases. In comparison, when women with children are represented, they prevail over 26% of the time.

No right to a lawyer

No right to a lawyer

As immigration enforcement has grown exponentially harsher and more expansive, there is still no right to counsel in immigration proceedings.

WATCH THE SHORT FILM "UNACCOMPANIED: ALONE IN AMERICA" TO WATCH CHILDREN FORCED TO REPRESENT THEMSELVES.

Unlike in criminal court, immigrants do not have a constitutional right to appointed counsel, and must either hire private counsel or hope for representation from extremely limited nonprofit and pro bono programs. As a result, the vast majority of immigrants in immigration proceedings do not have lawyers—whether they are elderly, are children as young as 2 and 3, know how to read or write, speak limited English, or have serious mental or physical illnesses—while on the other side of the courtroom, a trained lawyer argues against them.

Representation makes all the difference: With representation, unaccompanied minors are allowed to remain 73% of the time, while without representation, only 15% are. Without counsel, women and their children almost never prevail on their asylum cases—only 1.6% of the time. That compared with 26.3% success rate for those with counsel. Indeed, it is nearly impossible to win relief from deportation without the assistance of counsel—only 5 percent of those who won relief between 2007 and 2012 did so without an attorney. 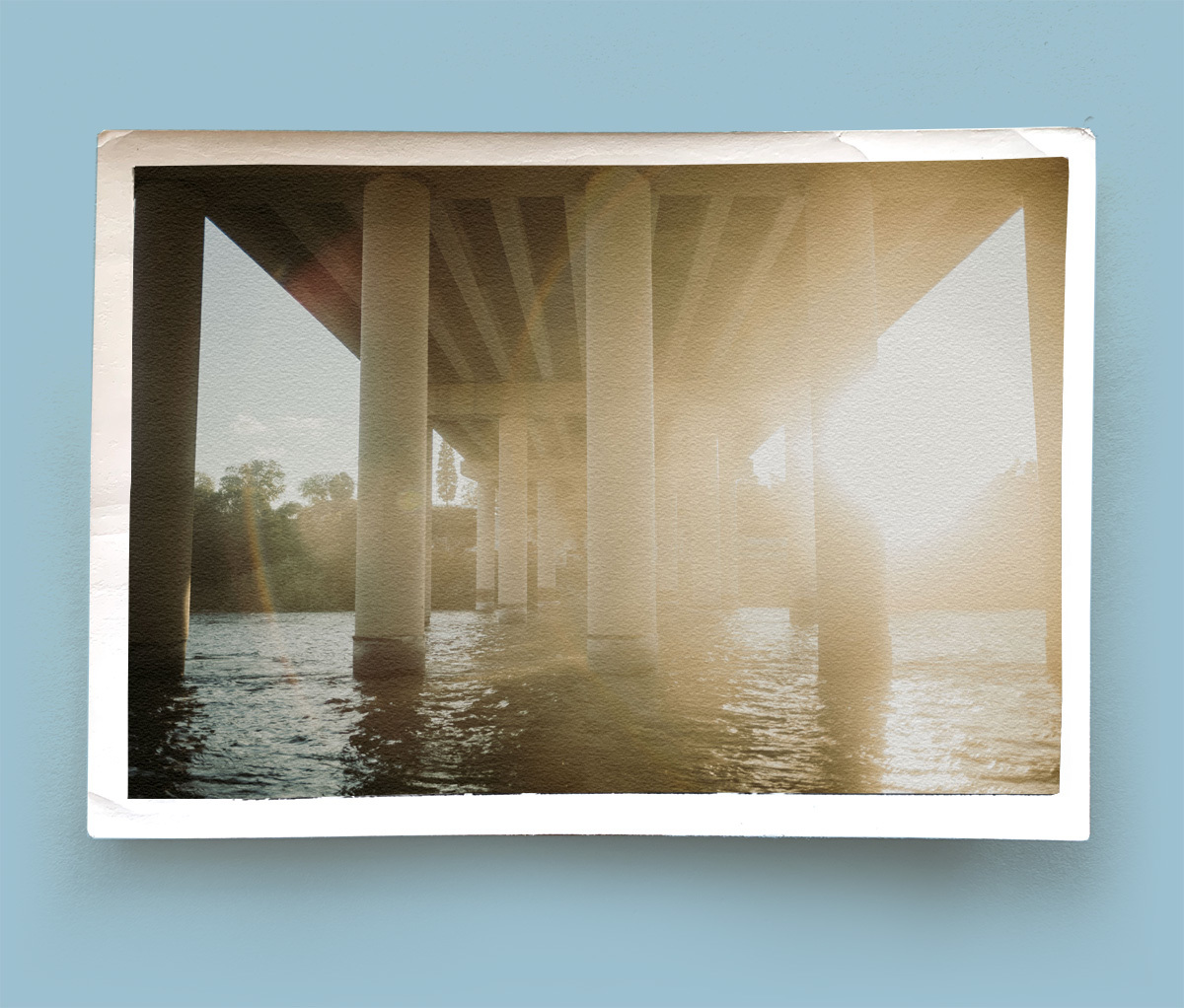 Brooklyn Defender Services (BDS) is a public defense office that provides full legal representation to over 35,000 people each year in criminal, child welfare and immigration cases. In June 2018, BDS mobilized to ensure separated families brought to NYC were reunited and to provide them with much-needed legal and trauma counseling. Nilda and Keyden were one of those families.

RAICES is one of the largest immigration legal services providers in Texas and a frontline organization in the roiling debate about immigration and immigrants in the world. In 2017, RAICES staff closed 51,000 cases at no cost to the client, providing consultations, direct legal services, representation, assistance and advocacy to communities in Texas and to clients after they leave the state.

The American Civil Liberties Union of Southern California (ACLU SoCal) defends the fundamental rights outlined in the United States Constitution and the Bill of Rights. These include the right to freedom of speech and assembly, the right to religious freedom, due process of law, equality before the law and the right to privacy. The ACLU SoCal is working to expand immigrant detainees’ access to legal representation and limit the government’s power to detain them indefinitely.